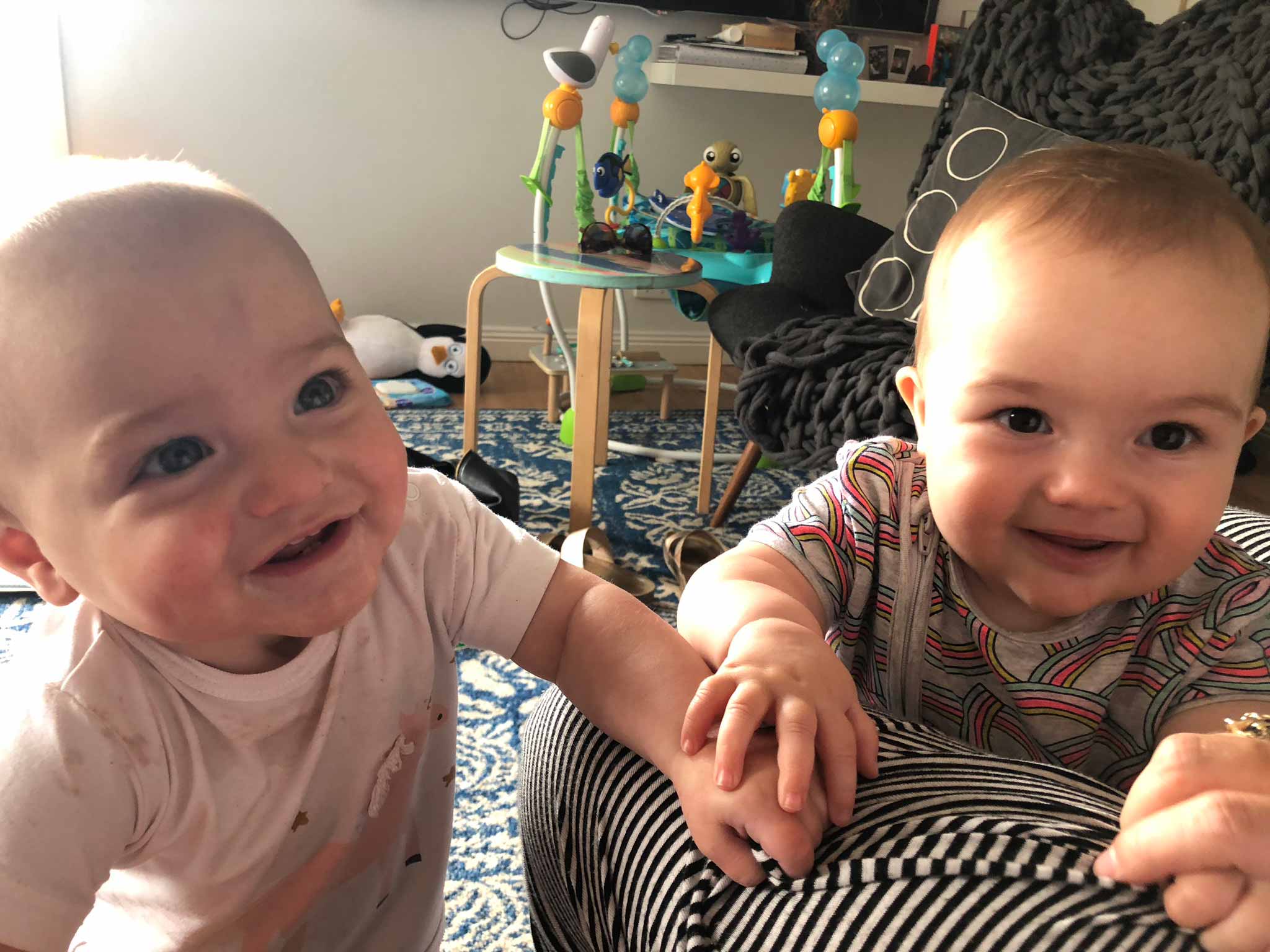 It’s hard to believe we’ve been following the journey of sisters and new mums - Alex and Jane for nine months now and we’re so grateful for them sharing the highs and lows of motherhood with us.

Their gorgeous girls Charlotte and Lola, are cousins who might as well be twins! They were born on the same day, one at Epworth Geelong and the other Epworth Freemasons. At nine months old, the bubs are really taking off - crawling everywhere and becoming more and more inquisitive.

With this, Jane has noticed there’s a lot more to being a mum these days - it’s now about parenting!

I turn around for one second and she’s up the stairs or in the cupboard, or climbing up onto a shelf so she’s keeping me busy. She even crawled up into the pantry the other day and somehow found the food dye!

Lola loves going for bike rides with her dad and has started swimming lessons too. Doing all these activities with her has been a lot of fun for mum and dad.

Jane is headed back to work part time next month and it’s something she’s struggling with.

I love being with her and I don’t want to miss out on all the special things. Along with going back to work comes the daycare sickness. We’ve just had a week of gastro and seeing her that sick was just heartbreaking. I take my hat off to all the mums that work because it’s so hard not being with them and dealing with sickness that comes with that.

Alex returned to work one day per week in January and has been lucky enough to have the grandmas offer to look after Charlotte. Apparently she puts on her best behaviour for them!

Alex is also bracing herself for a period of runny noses and viruses, with Charlotte starting daycare orientation in preparation for when she returns to work three days a week. The first thing Charlotte did at daycare was crawl over to a ball on the floor and lick it!

Like Lola, Charlotte is crawling a lot, climbing on furniture and starting to squat up and down. She babbles away and loves to scream “DADA” - no mum yet!

Alex, Brad and Charlotte have just returned from a holiday in Tasmania and it was a different experience travelling with a bub.

We were forced to slow down and appreciate the little things, like sitting on the grass in a nice park and lots of walks. Brad and I have traveled quite a bit and we used to do everything there was to do wherever we were, so it has been quite nice to slow down and enjoy seeing things through Charlotte’s eyes.

The girls have now been out in the world as long as they were inside their mamas and they’re blown away by how much their girls have grown up in this time.

There has been such a massive shift from baby to little human. Yet sometimes she will do something and it makes me realise how much she still needs me.

We’ll catch up with Jane and Alex again for Lola and Charlotte’s first birthday!