Learn how endometriosis caused Amelia's early 20's to be consumed by chronic pain and worries around affording treatment and her ability to have children. 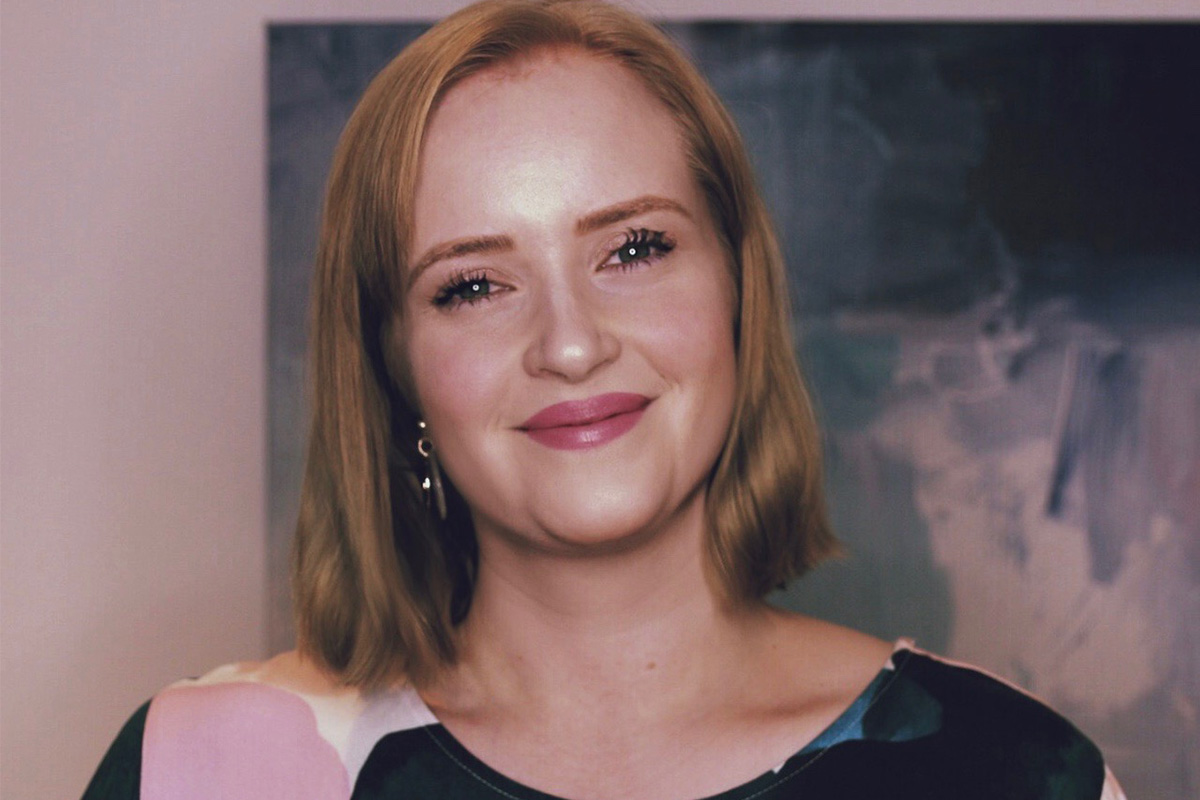 Amelia's early 20s were different to her peers. Her worries revolved around chronic pain, affording medical care and fertility concerns. Since her diagnosis, endometriosis medication is helping Amelia finally enjoy the active life she wanted. She’s in her honours year for social work at university and is in the process of planning her wedding.

Amelia’s endometriosis journey has come a long way. Her pain, which used to cause her to almost pass out and rely on a walking aid, is considerably better.

‘It's controlled. I still am aware of it every day, but it’s not the first thought that comes to mind when I wake up in the morning,’ Amelia says.

She has more awareness about what is happening in her body now. As a teenager, she saw her mum and sisters handling painful periods and thought hers were normal too. At age 21, acute abdominal pain sent her into surgery for appendicitis. On the operating table, doctors saw the appendix wasn’t the issue. Instead, they found blood in the pelvis and a burst cyst which led to her endometriosis diagnosis.

It isn’t the first time endometriosis has been mistaken for appendicitis. Amelia’s older sister experienced the same misdiagnosis before receiving her stage four endo diagnosis.

For Amelia, hearing she had endometriosis brought an initial sense of relief.

‘It was validating at first because for a long time, being told there is nothing there, it was like, “oh, that's a relief! There is actually something going on. It's not all in my head.”

‘Most of what I knew about it was from my sister's experience and seeing the awful things that she had to go through and feeling so unwell. I didn't have a very positive or knowledgeable understanding of what it actually was. But I knew how it could affect people.’

In 2016, Amelia had a laparoscopy but found her pain continued getting worse after. She felt lost. Her doctor suggested a new medication from the US. It wasn’t available in Australia until a 75,000 strong petition saw it put on the market. The medication works by stopping the body from making the hormone oestradiol (a type of oestrogen).

‘They put me on that to try it. They said, “you know for some people it's amazing and for others, no different”. But for me, it made a massive difference, and my health improved incredibly,’ Amelia says.

It means she’s able to exercise and receive greater relief from pain.

‘I love weights. I love anything to do with core or using my body- push-ups, sit-ups, stuff like that. I feel very empowered doing it because it reminds me that I am strong.’

Amelia is conscious that medication doesn’t work for everyone. With her improvements, she is passionate about advocating for other people with endometriosis.

‘I’m now passionate about helping to educate people because I have the wellbeing to do that now. I've participated in a couple of studies, and I donated some tissue to a tissue bank for endometriosis research.’

Fertility and the future

Like many people with endometriosis, Amelia has concerns about it affecting her fertility. It’s a deeply personal topic she’s had to explore since the beginning of her endometriosis journey. The question of having kids came up right after her first laparoscopy.

Now, the conversation has had time to develop.

‘When you go to doctors, if you say you have endo, they'll often ask you, “So are you planning on having children?”. Then you say yes, and they go, “mmm, okay…when?”’

She knows endometriosis can affect fertility—but that it’s also very individual. Right now, she wants to take things as they come.

‘I suppose fertility is a concern, but then I also know of people that have been fine.

‘I'm in a place now where I feel like if that didn't happen, we would be okay,’ Amelia says.

‘Also, the fear that if you have a child that has a uterus, are they possibly going to go through that same experience [of having endo]?’

Chronic conditions, such as endometriosis, can cause a huge mental toll. Amelia’s current pain levels are manageable, and she’s grateful, but the previous experiences of pain don’t magically disappear.

‘I get pain a little bit every day, but nothing like it used to be. Sometimes it hits me harder than other times,’ Amelia says.

‘Because I'm hypersensitive to that pain that I used to have all the time, when I get even a little bit, it makes me really nervous. I think, “Oh, is it going to come back?” Because it was so excruciating. now I’m always hoping that if I get a twinge of pain, it's not going to get worse.’

In these times, your support system really matters. It’s natural for relationships to evolve, but it can be really revealing to see how people respond to your health issues.

‘I’ve had some friends who have been incredible, and still to this day are amazing individuals that are extremely supportive. Then I’ve also had friends who didn't quite know how to respond and were not as supportive. Unfortunately, we're no longer friends because it was quite difficult to keep having to explain myself over something that I couldn't control.

‘I was diagnosed early on in my relationship with my fiancée, in the first year or so. But he had grown up with a mum with chronic illness and was so very understanding.

‘He’s been a really incredible source of support, love and dedication and has never made me feel like I was doing something wrong if I couldn't get out of bed and have a typical day like everyone else.’