‘I was really devastated ... I believed that that was the end of my road to becoming a mother. I didn't really think there were any alternative routes possible for me to be a mum, and so that was really heartbreaking.’ 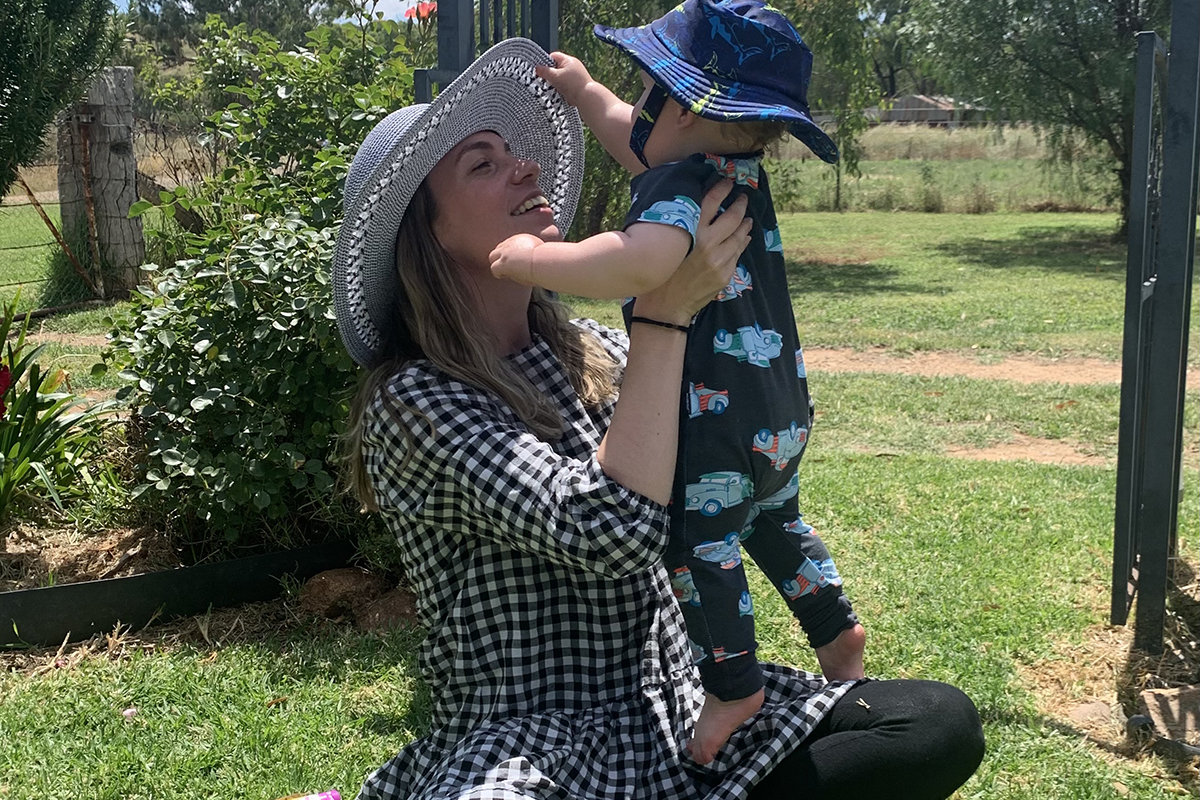 In just one GP appointment, Beth heard she had endometriosis and polycystic ovary syndrome (PCOS). She was also told she couldn’t have children. Now a loving mum, Beth reveals the shock she felt when she received her diagnosis and her journey to become a parent.

In 2016, Beth was enjoying her 20s: she was newly married and loving her career as a musician and songwriter. Her next dream was to have a baby.

‘Because we were trying to start a family, I came off the pill. I was on the pill since I was 18 years old. That was masking a lot of my symptoms. But once I came off the pill, it all kind of came crashing quite immediately,’ Beth says.

Her abdominal pain was constant, and she wasn’t pregnant as she’d hoped. Doctors encouraged her and her husband to keep trying without help for a year. When the year was up, further investigations showed Beth had endometriosis as well as polycystic ovary syndrome (PCOS).

This was already overwhelming news. But in the same appointment, Beth’s GP told her she wouldn’t be able to have children.

‘I was really devastated,’ Beth says. ‘I believed that that was the end of my road to becoming a mother. I didn't really think there were any alternative routes possible for me to be a mum, and so that was really heartbreaking.’

Wanting an expert opinion, Beth and her husband went to see a fertility specialist.

‘He said that we have several options.’ They felt reassured but aware that it still wouldn’t be simple. ‘The chances for it happening naturally were pretty slim,’ Beth says.

First, it was essential to undergo excision surgery to diagnose and remove visible endometriosis. Then Beth could start to explore fertility treatments.

Beth's first treatment was medication to regulate her hormones. This was followed by two rounds of intrauterine insemination. Unfortunately, neither of the fertility treatments were successful.

It was a long process marked by periods of waiting, hoping and then building up to try again. At the same time, Beth was also learning how to manage her endometriosis and PCOS.

She says it was the support of her husband, friends and family, and song writing that got her through this period.

‘I kept it to myself for about three months. And then I had a conversation with my mum saying, you know what's the purpose of having the friends and family that we have, if we don't lean on them during this time.’

‘Breathe’: Beth’s letter to her husband through infertility and treatments (video)

Her specialist’s next recommendation for fertility treatment was to try a round of in vitro fertilisation (IVF).

‘Thankfully, with my extraction surgery we could get seven embryos. They were all really healthy seven. We were really grateful for that. We had to cancel the transfer though, because I developed ovarian hyperstimulation syndrome and ended up being admitted into hospital for that.’

After three years of challenges, IVF made it possible for Beth to fall pregnant. One of these embryos became Archie – her baby boy who is now a healthy toddler! Beth is so full of love for her dream family and life.

‘So I've done that now. He's 18 months old and I've just been working on myself. My specialist is very happy with where my endo is at the moment. I don't need another surgery right now. I'm back on medications that I couldn't take when I was pregnant.’

Reflecting on her teens

Beth is passionate about raising awareness of endometriosis in teenagers. She doesn’t want anyone to go without the right help for as long as she did.

At 16 she was admitted to hospital to receive eating disorder treatment. She distinctly remembers how a doctor pressed on her stomach, causing her severe pain. ‘Well this is because you're not eating enough,’ he said.

Beth was cooperative with health professionals but always had some doubt about her eating disorder diagnosis. She continued to experience the severe abdominal pain for the next 10 years. At 26, her doctor had a very different assessment of her pain.

‘All your organs are fused together because of endometriosis,’ said Beth’s doctor. ‘That’s why you're feeling that pain.’

These words were incredibly validating. And after her endometriosis excision surgery, things seemed even clearer.

‘I woke up in hospital and I have never felt the amount of hunger that I felt in my life,’ Beth says. ‘That was when everything clicked for me, that I had the incorrect diagnosis from the start. Because I've never felt hungry in my life and I'm like, hang on a minute, why do I want to have breakfast?’

‘I had to shift what I thought about my entire adolescence. I attached the diagnosis of an eating disorder to who I was and my identity.’

‘As an adult after receiving the correct diagnosis I had a sense of relief because I had an answer to what I felt my entire life. There was also a lot of anger there because I felt like there were years that I lost.’

‘But now I've really worked through things with professional psychologists and lots and lots of therapy. I'm a strong believer in that. I've done a lot of work on my mental health, to just accept what's been and living what's now.’

‘I was so desperate for answers. As soon as I found out the word endometriosis, I looked up on Facebook if there was support groups in Melbourne.’

She shared her story and had an amazing response. Others understood how physical symptoms affect your social life, marriage, family – and the guilt Beth felt as a result.

‘It's really prevalent in the endometriosis communities that we've all had an experience of being unheard and not being believed. I think once you find a group of women who want to support you and believe you and feel what you feel, that is so valuable,’ Beth says.

‘As soon as I discovered these groups, I just felt freedom.’