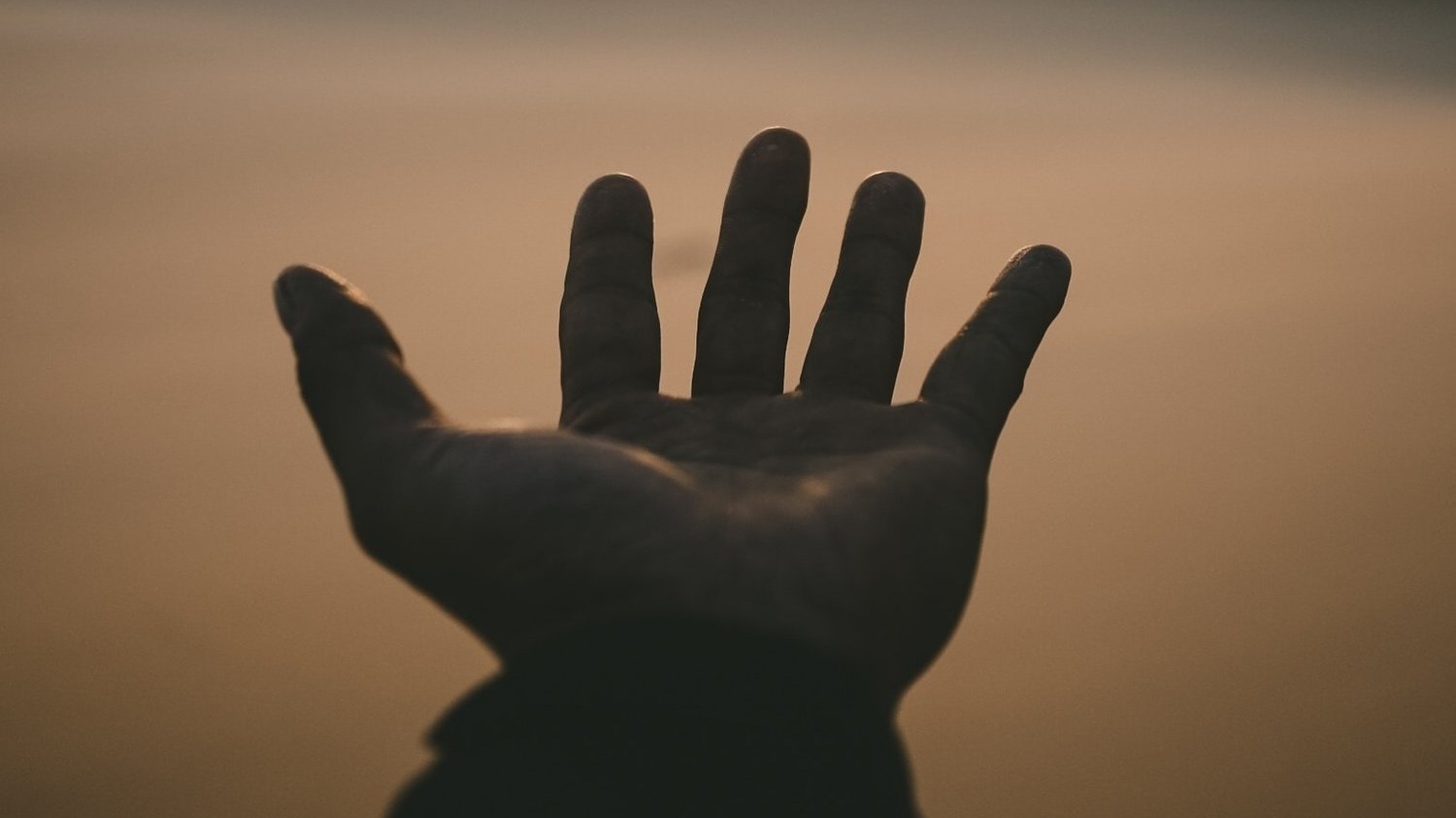 Parkinson’s disease affects 100,000 Australians, second only to dementia when it comes to neurological disease cases.

Chances are you or someone you know will be affected by the disease, so it’s important to stay informed and be aware of the relevant forms of help available.

We caught up with a panel of physicians from Epworth Geelong to discuss Parkinson’s disease, as well as the relevant surgeries and rehabilitation processes involved in dealing with the disease. The panel was made up of Neurologist Dr Peter Batchelor, Neurosurgeon Mr Girish Nair, Rehabilitation Medicine Physician / Head of Concussion Clinic at Epworth Geelong Dr Reem Al Hanna and Geriatrician Dr Alastair Mander.

What is Parkinson’s disease?

PB: Parkinson’s disease is a very slow, progressive neurodegenerative condition that affects predominately the base of the brain and the neurons in that location and causes stiffness and slowness of movement together with a rest tremor. There’s a large variety of other features, but for the most part, people recognise the disease by the slowness and stiffness of movement and tremor.

PB: If only we knew! There’s a lot known about the disease, although the absolute cause isn’t really clear. It’s known that there’s an abnormal protein that develops in the disease and that often starts off in the lower parts of the brain and slowly spreads through the brain with time and gives rise to the different clinical manifestations. The actual cause of that abnormal protein isn’t really clear, but probably does involve complicated genetic factors, as well as environmental factors, so that’s probably the best guess at the moment as to how the disease originates and unfolds.

What are the symptoms and do they differ between people?

PB: Absolutely, if ever there was a disease that causes different manifestations in different people then Parkinson’s disease is it. For the most part, people present with: motor symptoms, such as stiffness and slowness of movement, gate slowing, posture becomes quite stooped, often there’s an absence of arm swinging on one side or the other and fine motor movements are often affected with button and handwriting some of the first things that are affected.

Of course, the tremor is also characteristic for many people with the disease and the interesting thing about it is that it’s a rest tremor, so for most of us we develop a tremor when we have our arms outstretched or as we approach and hold something, but Parkinson’s disease it’s when people are usually sitting quietly and in fact the tremor then disappears when people undertake movement.

Given the disease presents itself in different ways, how do you diagnose it?

PB: Well, the world gets together and they have criteria and the criteria fairly well delineated that people need two out of three for the most part of; slowness of movement, stiffness of movement and together with a rest tremor and if you have two out of three of those criteria then you meet the criteria for the disease. We’ve got other ways that we fine tune it, there are other features such as loss of sense of smell and sometimes strange dreams that give us clues, but for the most part we are looking at these very characteristic and clinical manifestations.

Patients often want imaging and a test that they can hang their hat on, but unfortunately that’s not really the case with Parkinson’s disease. We don’t really have any imaging that’s absolutely iron clad, there’s some imaging that gives us clues about the disease and clues about things that can mimic, to some extent, the disease, but for the most part it is a clinical diagnosis. For us, it’s a bit like being a car buff and seeing a model-T Ford, you know it when you see it and you know when things aren’t quite right and that’s the value of going to someone with some experience.

What do you recommend for your patients as the next steps after they have been diagnosed?

PB: I think education is really important, the more that people know about the disease, I think the more confidence they have in the diagnosis and also, the more at ease they are with what we call the natural history, which is how things unfold. Also, education helps with being aware of the various medications and being realistic about what can be achieved with those medications.

I think in young people and in older people, with relatively mild disease I think GP’s often diagnose them with Parkinson’s disease and that’s fine. I think it’s reasonable to see a neurologist if people are young, and by young we mean sort of less than sixty to sixty-five, it’s reasonable to see a neurologist in those circumstances. After diagnosis, there’s always the issue of treatment, obviously, and in general we reserve treatment for patients who are effected symptomatically.

I think there’s a lot of work been done, but there’s no real evidence at the moment that any medication really slows the disease significantly. So, really we are dealing with people with significant symptoms on what we call symptomatic treatment and there’s a large variety of options there to help people with medication. The other aspect of management is exercise, there’s no doubt that exercise is absolutely critical in Parkinson’s disease, as it helps maintain walking speed, general movement and balance, it may even slow the disease down a little bit and has benefits in all sorts of other ways; depression, constipation and lots of other things that affect people with Parkinson’s.

What surgery would benefit a patient with Parkinson’s disease?

GN: So, to start with the majority of patients who have Parkinson’s disease are managed medically for a very long time and there used to be a thought in the past that there is something to be considered when all else fails, but that sort of philosophy has changed since a lot of research came out in 2012. Now we know that there are clear indications with patients with Parkinson’s where they start to show a change in their progression or they start to show side effects with their symptoms or things like that, and depending on which paper you read, about 10% of these patients can be candidates for surgical treatment.

At the moment, the only surgical option we have is a surgery called Deep Brain Stimulation (DBS) and to put it in simplistic terms, it is more akin to rewiring the brain or like a pacemaker of the brain. We know over the years that DBS has been the mainstay of treatment for surgically indicated patients for more than about twenty years, so it’s a well-established procedure and it does, with well-chosen patients, bring about significant symptomatic improvement, but really that is the only surgical option we have at the moment.

Do referrals to neurosurgeons come from a GP, a neurologist or anyone in particular?

GN: I mean, usually it does come from GP’s, however sometimes patients self-refer because DBS is in the media a lot and people have heard about it a lot and of course, patients with Parkinson’s do tend to do their own research. Generally, a good way to go about this is, if you have a question then it is best to go and ask a GP and then if you have a moment to source a neurologist [to be] involved in your care, they will know about DBS. Like I said, it’s only a very small percentage of patients who respond or who are candidates and this is probably done best by meeting a neurosurgeon who does DBS or by consulting with a neurologist who’s familiar with the procedure.

How can rehabilitation medicine help improve the quality of life for someone with Parkinson’s disease?

RAH: Rehabilitation medicine is basically an active and dynamic process that assists the patient or a person with a condition, such as Parkinson’s disease, to learn new skills and strategies to maximise or improve their physical functions, social functions and also their psychological functions and well-being. Rehabilitation is a multi-disciplinary treatment and it involves a very large team of therapists who specialise in the managements of people with Parkinson’s disease, this is supervised by a rehabilitation physician. A lot of the treatments that are offered by those therapists have shown that they do improve quality of life and some of those treatments would include; intervention from nutrition, which has proven to optimise the quality of life, physiotherapy and exercise as Peter said as well, and clinical psychology too.

So for the most part you don’t work in isolation, you work together to try get the best outcome for the patient?

RAH: That’s right, the extended team would be the patient’s GP, neurologist, neurosurgeon and geriatrician as well. So, what happens first is the rehab physician will assess the patient and come up with a plan and then refer the patient on to the therapist for therapies. We do have a Parkinson’s program throughout the Epworth HealthCare hospitals, which is a general program, however we do tailor the programs and therapies according to a patient’s needs and things like that.

I imagine patients can be very different in their presentation within the program?

RAH: That’s right, so everyone presents very differently and they also present to us at different stages of their illness as well. Another important thing that rehab also offer is education and support to both the patient and the families, so education is a very large thing as a part of the programs that we offer.

If someone I know has Parkinson’s disease, what can I do if I notice their symptoms are getting worse, in this instance, their memory?