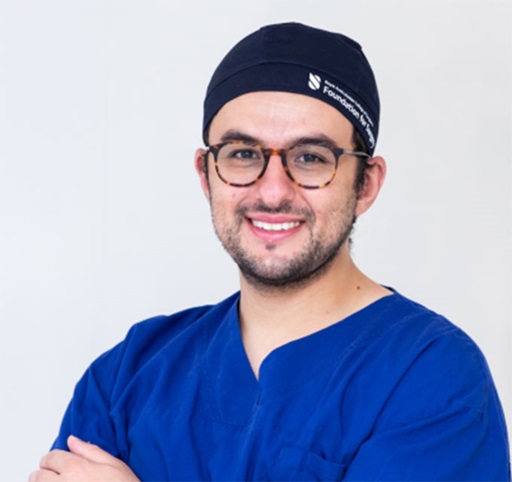 Sam Farah is a Melbourne based vascular surgeon, with a special interest in the treatment of arterial disorders including peripheral vascular disease, diabetic foot disease, carotid disease and aneurysmal disease. Sam is employed by a number of major teaching hospitals including The Austin, The Alfred and Box Hill Hospital. Sam graduated from Monash University with Honours in 2010, having won the Cabrini Hospital Staff Award for Academic excellence whilst a medical student.

After training for 2 years in General Surgery at Monash Health, Sam began vascular surgery training in Queensland, at Royal Brisbane and Women's Hospital as well as The Prince Charles Hospital. After returning to Melbourne, he completed rotations at Box Hill Hospital, Frankston Hospital, Alfred Health and finally returning to Monash Health for his final year. Other awards include D.R Leslie Prize and Medal from the Royal Australasian College of Surgeons for the best trainee research paper, as well as the Marshall Prize in Surgical Training at Monash Health for further work in research. Sam is the current supervisor of vascular surgery training at The Austin.