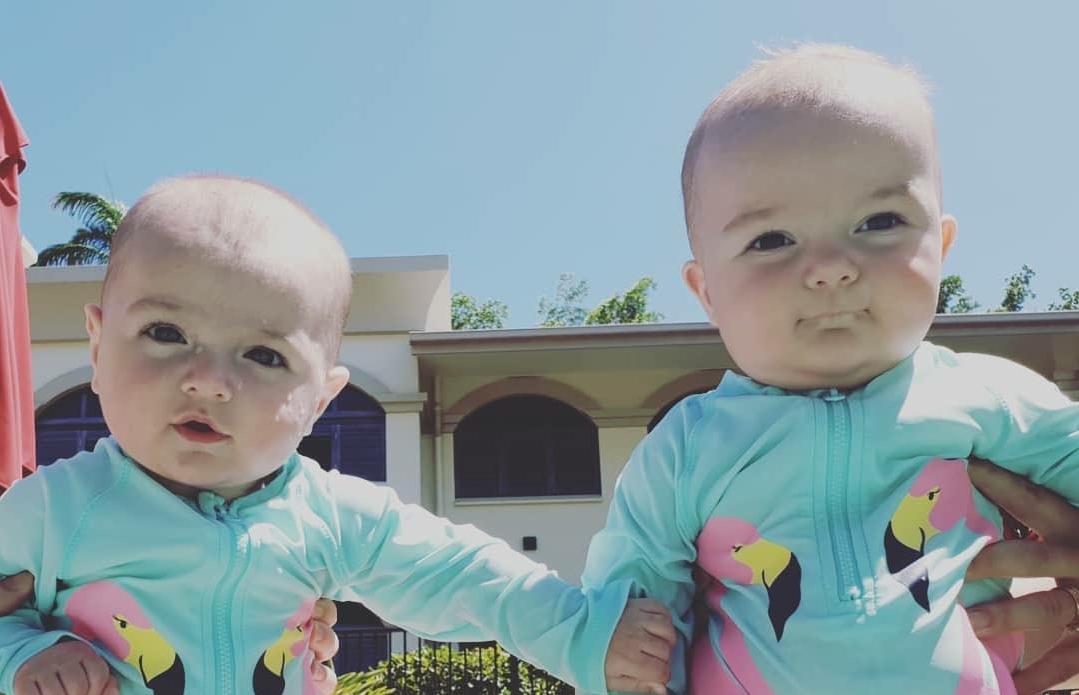 Lola and Charlotte have turned six months, with mums Alex and Jane finding that time is absolutely flying!

Jane has found the changes between four and six months to be quite substantial.

Lola’s a little firecracker. She started to sit up by herself and commando crawl at five months and is now taking off at every opportunity. She even pulls herself up from sitting to standing position!

There have been a few sleepless nights between four and six months, but since Lola has started taking off and crawling, sleep patterns have started to improve.

It’s amazing how as a mum you just seem to cope with no sleep. Before becoming a mum if I was tired I would’ve struggled to get through my day but now I just seem to get by on nothing. Mums are amazing!

Lola also has three teeth now. She got her first one around four months and they have been popping up since then.

Alex has found the best part about having a six month old is the personality and that the girls are SO different. Lola is always on the go and trying to work out what she can do next, whereas Charlotte is a ‘chiller’. Charlotte doesn’t have the motivation to crawl because she isn’t fussed when she can’t reach her toys and looks out the window at the trees instead.

It’s going to be great watching their personalities develop as they grow.

Charlotte is eating solids now and isn’t fussy - she’s eaten everything Alex has given her so far, even salmon. She’s also sleeping well at the moment, but the sleep patterns change regularly!

My days with Charlotte are simply the best - I’m exhausted but have never been as happy as I am now. She has this infectious smile and just being around her makes you happy. We can’t wait for our first Christmas together.

Alex and Jane took the girls on their first holiday to Palm Cove. Both of them were petrified of flying with the girls but they were little troopers and behaved on the flight (lucky mums!)

Travelling with babies is hard word though - the amount of stuff we had to take with us was unbelievable but the holiday was worth it and getting to spend time as a family was really nice.