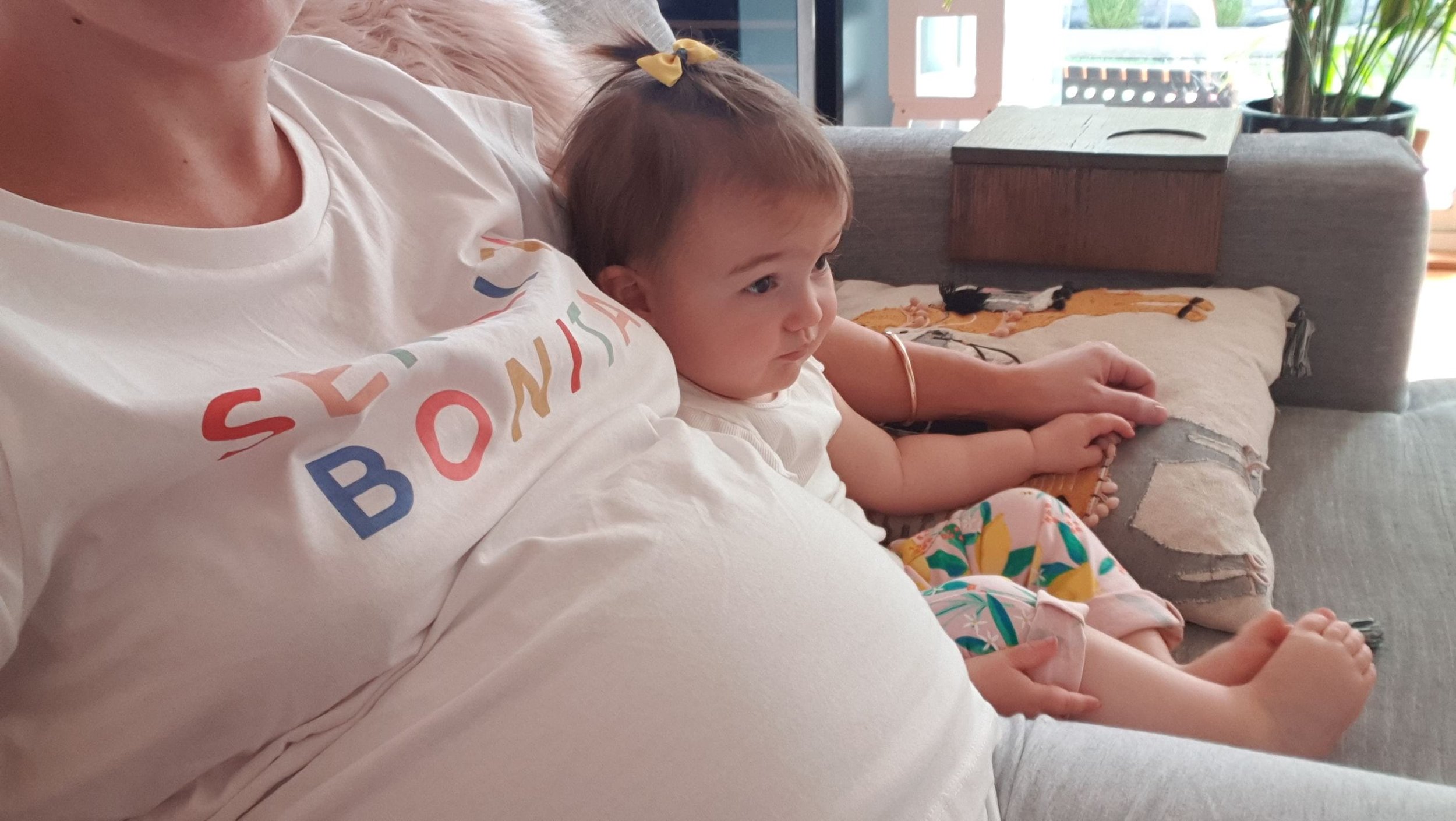 It can be a difficult juggling act trying to look after a toddler with another baby on the way, and just as rewarding. Alex, was kind enough to talk us through her experiences of this.

I found out we were expecting again when Charlotte was 8 months old. Pregnancy with a baby (then toddler) is very different to the first time around! I remember the early weeks were spent waiting for Charlotte’s nap time so I could sleep as well. I remember lying on the floor letting her climb all over me, feeling so nauseous and just wanting to be alone. You are never alone when you have a baby! My days in the office were a relief because I could sit still for hours on end.

I definitely didn't have time to think about the baby growing inside as much the second time around. I think I prefer it that way, the weeks went by much faster.

Charlotte liked to lift my top up and point at her baby brother, giving him a kiss. I'm not sure how much she actually comprehended but she seemed to understand there was something in there (She still lifts my top up now and says baby then points to Harvey)!

The end of the pregnancy was hard physically, not because of the baby or my body, but because Charlotte is such an active little girl who DOES NOT sit still. I found it impossible to keep her entertained.

I tried not to dwell too much on Charlotte having to become a big sister when she was still really a baby herself. She is such a vibrant and outgoing little soul, I knew she would be okay.

I did have a moment however, just before I went into labour with Harvey, when I was putting Charlotte to bed for the last time. I felt a huge amount of guilt for her having to grow up so quickly, and share me with someone else. It's hard to explain unless you've been there - but I honestly had no idea how I was going to love another baby as much as I loved Charlotte - and I kind of missed her already. As everyone said, the upside of her being so young was that she already can't remember a time when her baby brother wasn't here - she gets excited every time she sees him.